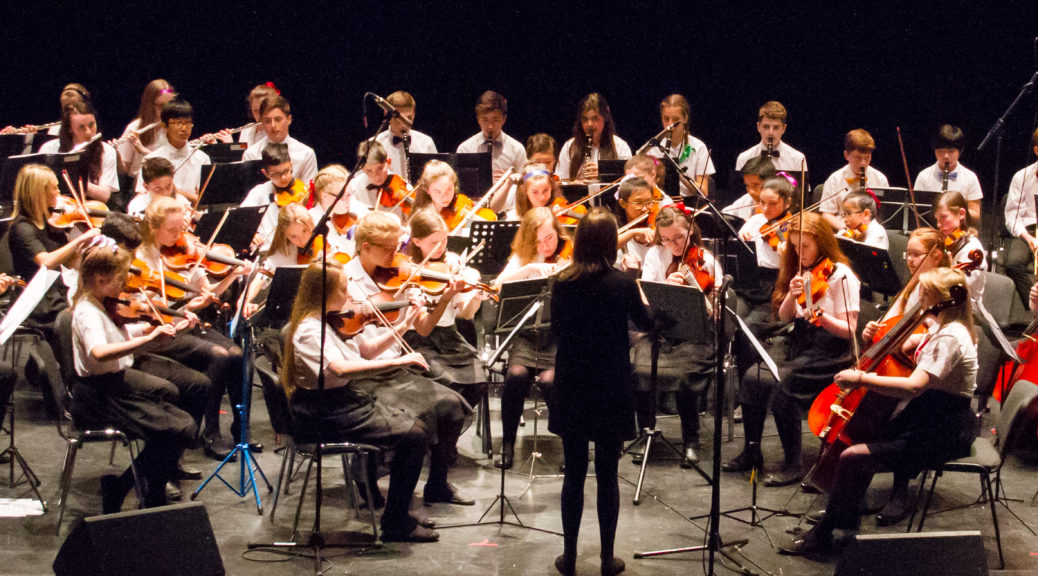 The aim of the Fingal Youth Orchestra is to teach, foster a love of, and perform classical orchestral music for 8 – 19 year olds, using professional music teachers as conductors and tutors.

It draws members from all over the Fingal area and beyond!  Parents are family members of the Orchestra, with a vote at meetings.

The Orchestra is a not-for-profit profit organisation, run by a voluntary committee elected each year at the AGM, with committee members drawn from current and past parents.  Funding is from a combination of family subscriptions, voluntary donations, grants and awards, and direct fundraising by parents and players.

We are affiliated to the IAYO (Irish Association of Youth Orchestras), and every few years we perform as part of its “Festival of Orchestras” in the National Concert Hall.

We are registered with Charities Regulator (RCN: 20100476) and conform to the Charities Governance Code.

As the County Orchestra of Fingal, we perform our Annual Celebration Concert in the county theatre  Draiocht, in Blanchardstown.  We have also performed in a variety of public venues, and have played for former Uachtarain na hEireann Mary McAleese (at her invitation), and two of our concerts were opened by former Taoiseach,  Bertie Ahern.

Our Constitution can be viewed here. Updated: 05 April 2022

We use cookies to ensure that we give you the best experience on our website. If you continue to use this site we will assume that you are happy with it.Ok